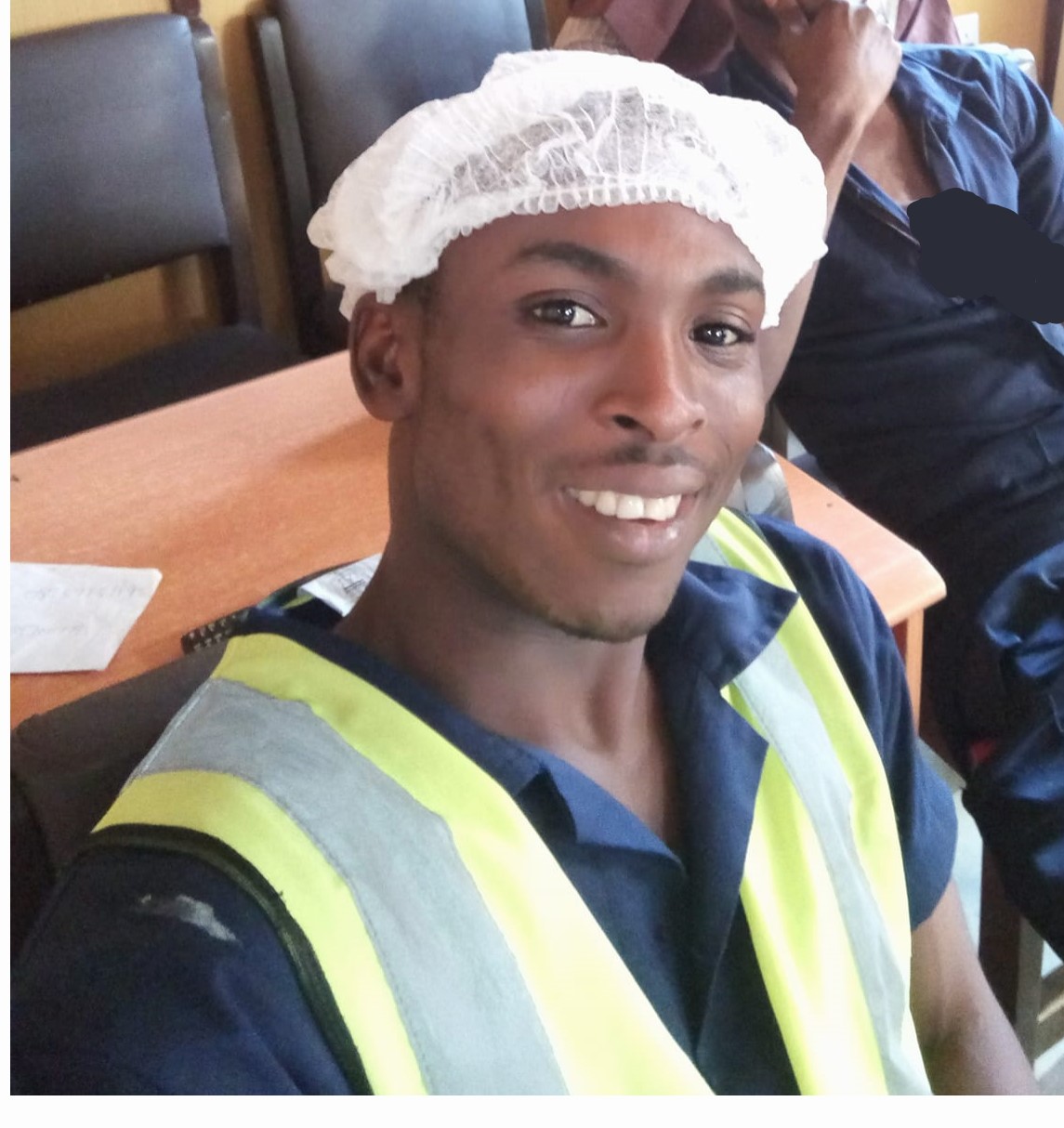 Ezekiel Godwin Onaigbaigha hails from an Ijaw tribe at Arogbogbo in Ondo state. Born and raised in a polygamous home in Lagos, his parents were only able to offer him a secondary education.

His mother, Mama Blessing, lives in a shanty along the road at the Isheri North hinterland about 500 meters to the Institute for Industrial Technology (IIT). A very resourceful Ijaw matriarch at the Isheri North Ijaw community. Apart from her petty business of farming, fishing and trade she also serves as an icon of justice for the peace for the Ijaw communities in the neighbourhood.

After his secondary education at Ikorodu, Godwin went to live with his mother, to support her, and care or the family. He picked up his mother’s trade and did it diligently. As years passed, Godwin’s hope to further his education gradually diminished.

One of IIT’s security officers was able to spot Godwin and advised him to apply for admission to IIT.

“I was delighted. I have seen many IIT students pass by my home and I have always nurtured the desire to be like them.”

Godwin was offered admission to IIT but was unable to pay the fees. Three years later he completed his training at IIT thanks to the generous support of the “Friends of IIT”

Godwin takes care of his mother and siblings. He rented a better apartment for them. Apart from his frequent visits, he sends them regular income for upkeep. Godwin also supports Friends of IIT.

Being a student of IIT is like a dream come true. Even though I am on a scholarship, I still find it hard to survive. But I go to school everyday filled with hope. It is part of the things you get when you are in IIT, Hope.